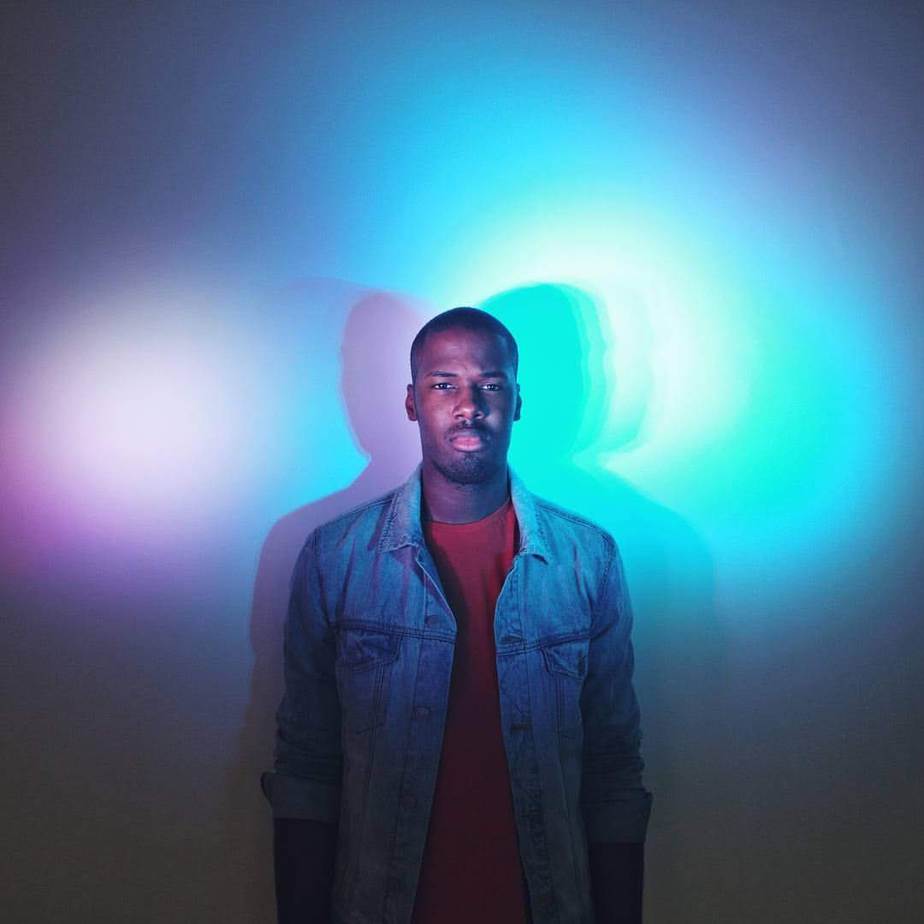 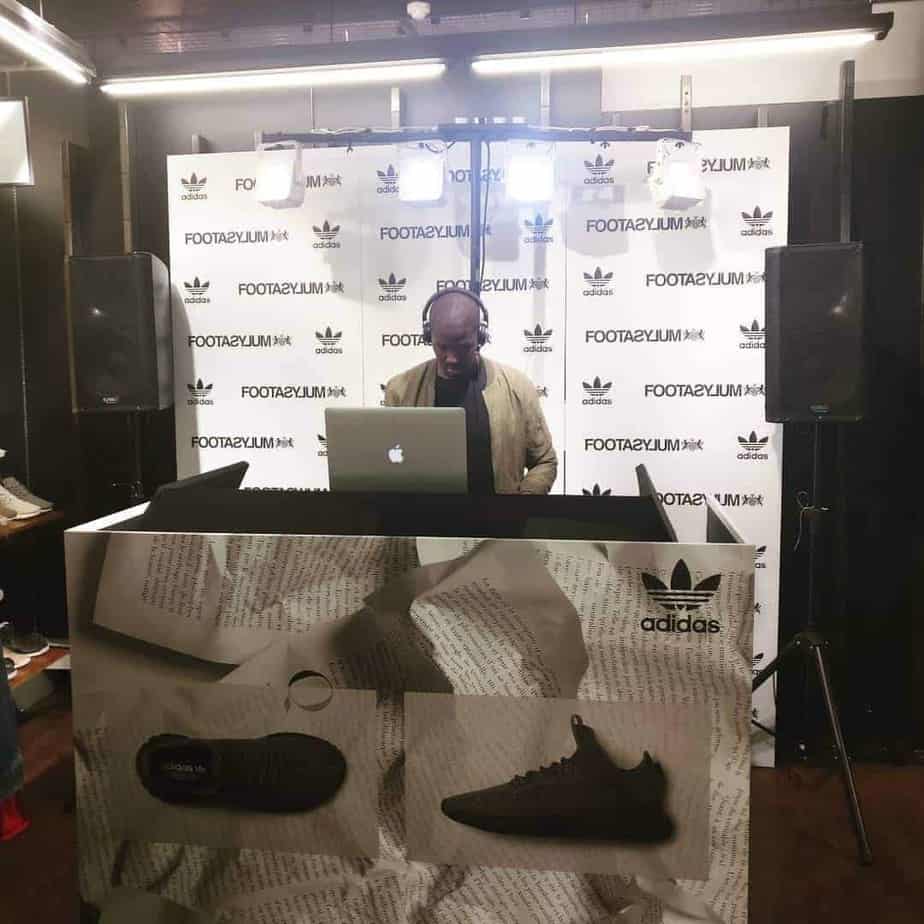 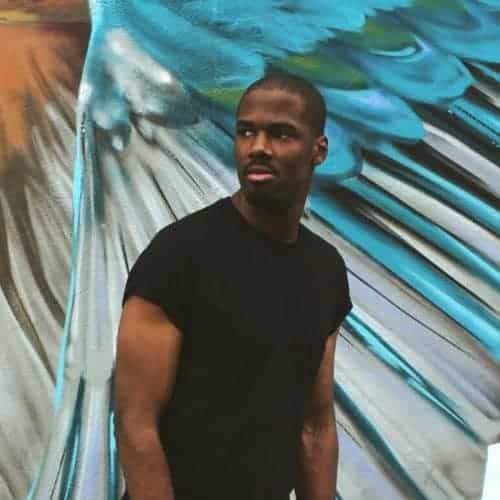 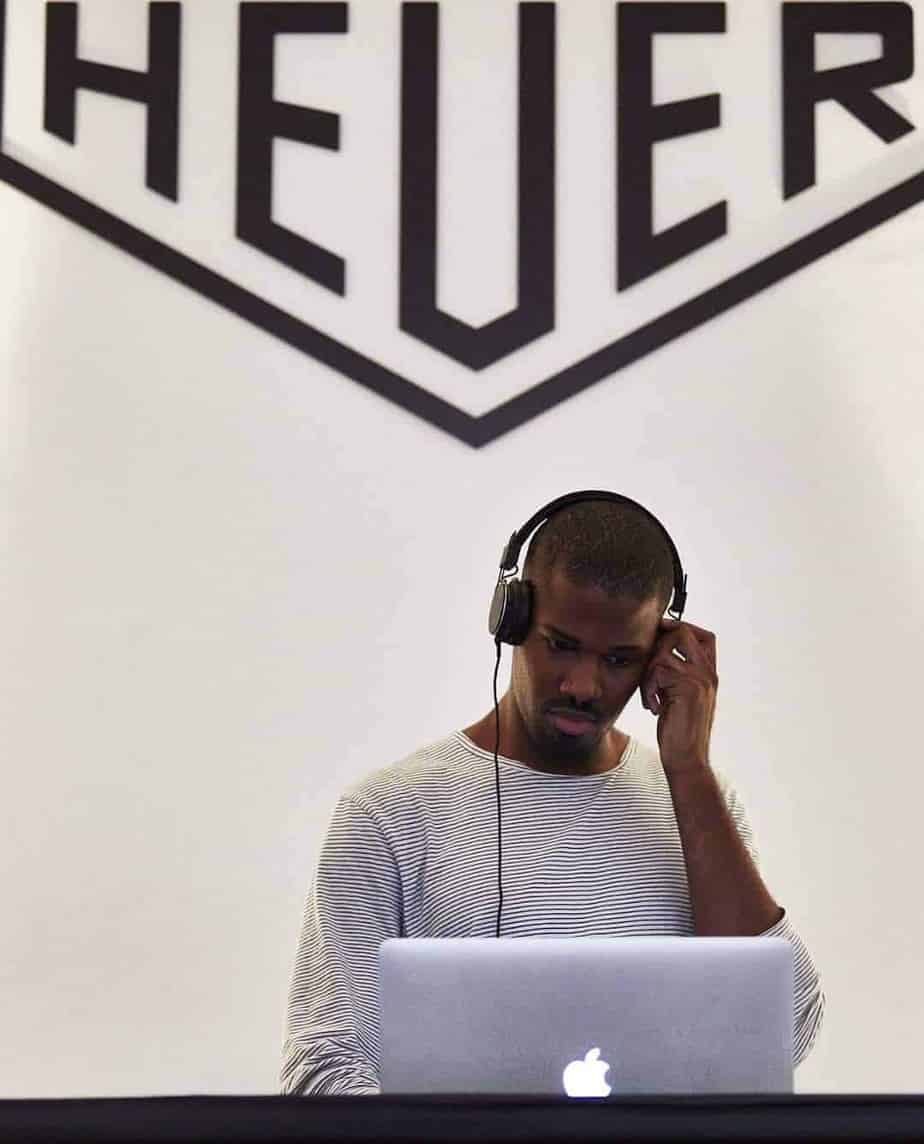 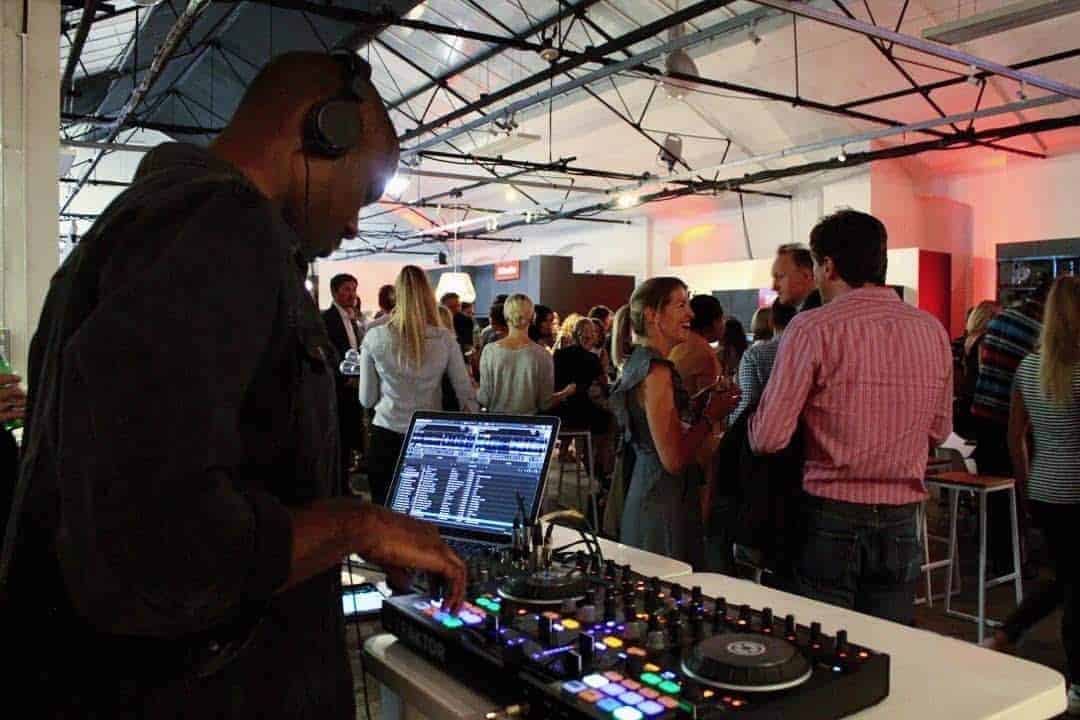 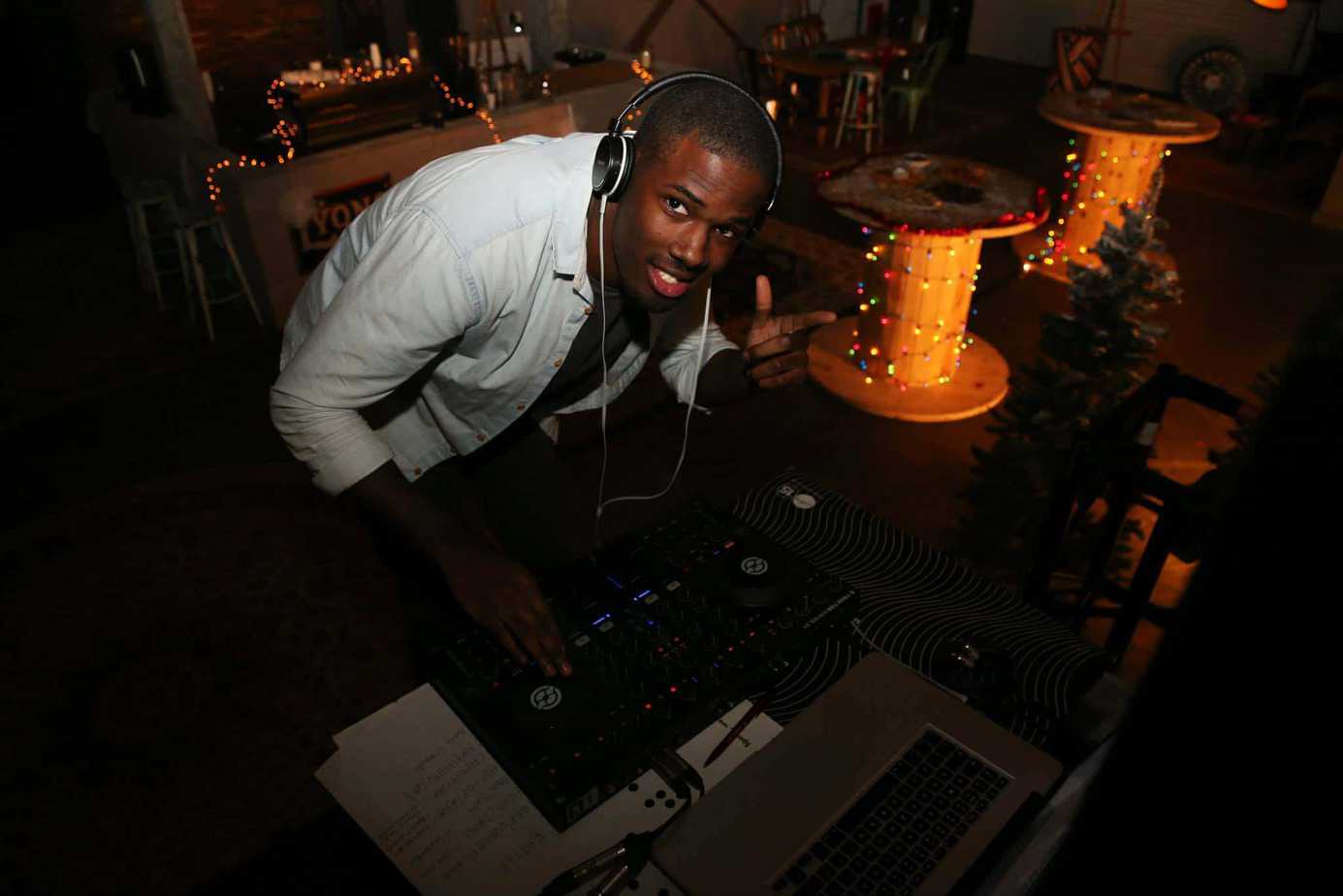 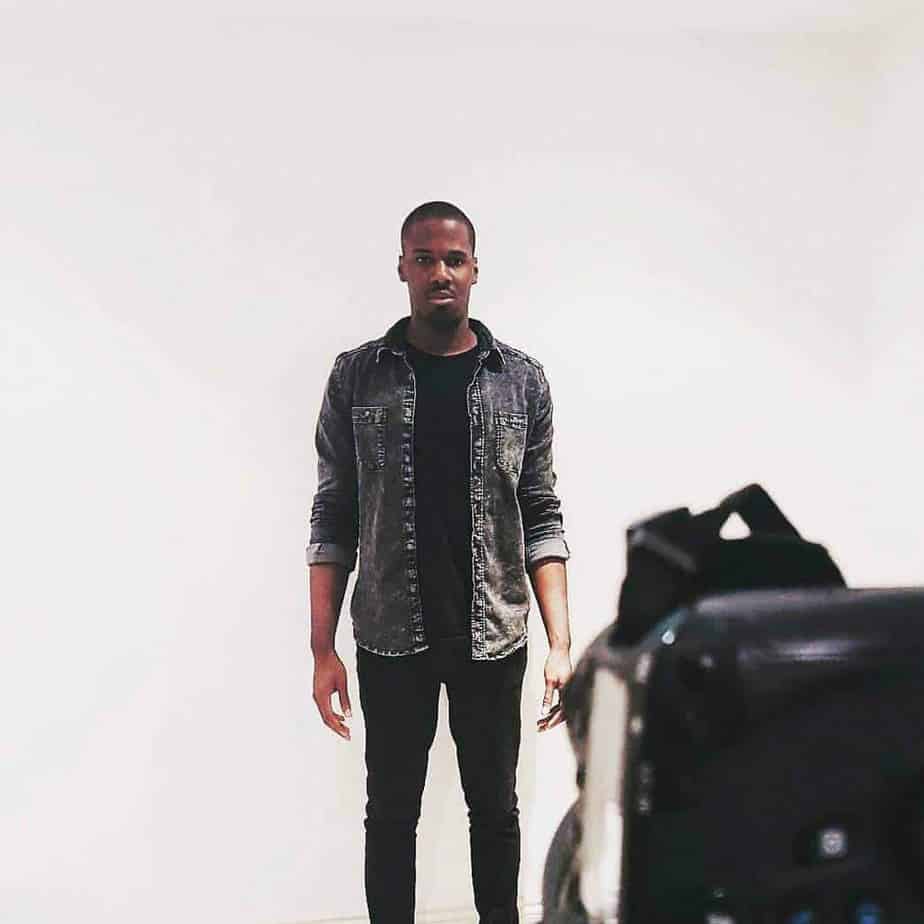 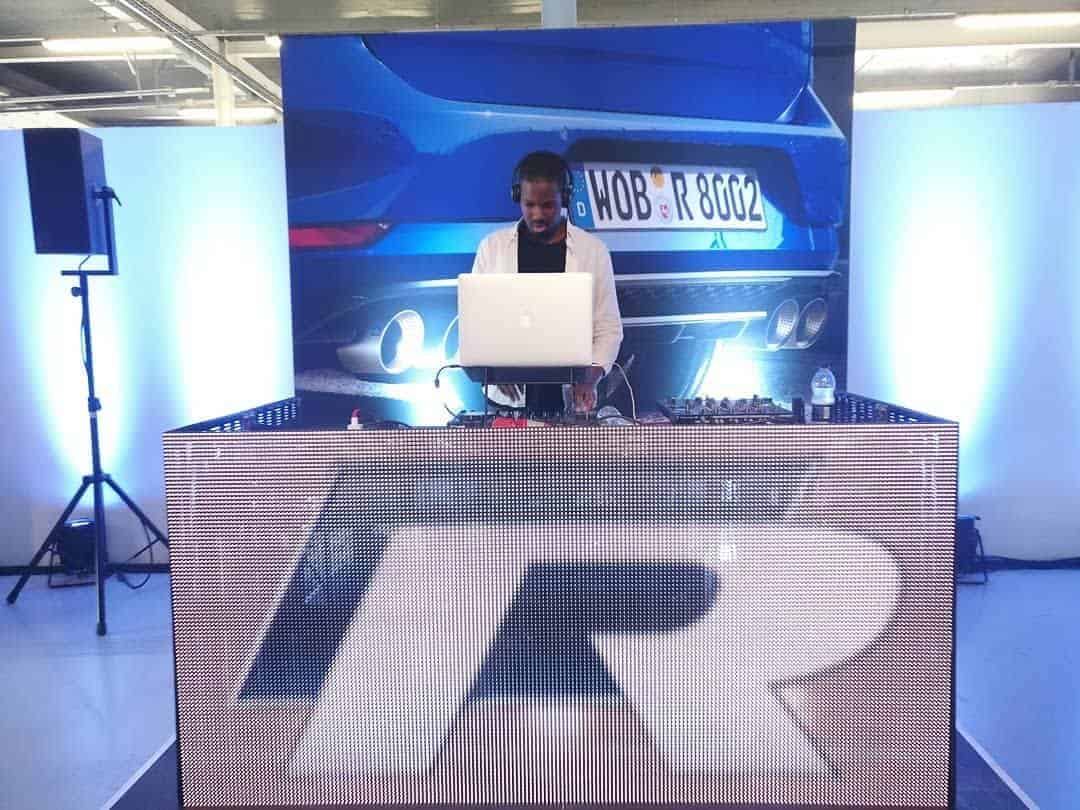 The last 9 years have been great for South Londoner, Producer and DJ Raf Hale 0 (sometimes pronounced “Hale Zero”). Having played at some of the UK’s top venues for corporate and private events, he has become one of the key players on the open-format scene.

Raf loves to read the crowd and tailor make every DJ set, blending different genres of music together to ensure that everyone has a great time.

He has rocked countless parties for companies like Google, Armani, Mercedes and Xbox at venues like the Indigo O2, Excel London and the Dorchester Hotel whist also keeping night clubbers up until early hours of the morning at venues like Ministry of Sound, Cafe de Paris, Liquid, Sway Bar and Ruby Blue.

The early part of Raf Hale 0’s production career saw him with production company The Fives where he gained production and songwriting credits in the pop world with artists Jessie J, Roll Deep and UK boyband Blue. Whist in The Fives, he also co-produced the underground hit, ‘It’s What You Do’ [Hottest By Far] which was played nationally on all the major radio stations.

He now heads up a music production group with his brothers Greg Hale 0 and Carl Hale 0, and in 2016 has gained composition credits on the Bafta nominated Channel 5 two part documentary, Gangland.

Our interview with Raf Hale-0

Raf was amazing! The reviews we’ve had from our customers have been fantastic! We are keen to book Raf again.

Just to say thanks – Raf was just the ticket, super professional and great music -  we will definitely book him again

Simon
by Simon
We had a brilliant time
Venue: Home in NW London
DJ: Raf Hale 0

We had a brilliant time and the DJ (Raf Hale 0) was awesome. Thank you very much for all your help.

Night went really well, Raf was class. Thank you very much for being so easy to work with. Everyone I've spoken to since the event absolutely loved Raf. He was very kind and polite.

Ben
by Ben
There were a lot of happy places
Venue: The Connaught Hotel
DJ: Raf Hale 0

I really didn't get to spend any time on the dance floor as we were so busy with other things but all of my guests seemed to have a fabulous time and I received a lot of positive feedback on Raf's set. It seemed like the dance floor was always busy and there were a lot of happy faces about the place so it was a job very well done from your perspective.

If anyone asks me to recommend a DJ I would have no hesitation in pointing them in your direction.

Josh - Thanks also to you. You made the whole booking process very easy and stress free and the whole service was professional in the extreme.

Raf was absolutely amazing on Friday, as always. Super accommodating, great to have on-site and the client absolutely loved it – a great party!

Raf was absolutely brilliant in Dusseldorf, thank you so much for recommending him – he was great company and the entire party thought he was super. I look forward to our next opportunity to work together.

The event went really well – we are really happy with Raf’s performance, he was professional, he understood our brief and our bar theme – so only good words for him! We don’t often need a DJ at our events, but we’ll definitely get in contact with the next occasion.

The event was great. Raf was fantastic! The dance floor was full all night!

Many thanks for your patience during the booking process and hope to use you for any future events I organise.

The event was great and Raf has been fantastic. We will make sure to contact you again for our future events.

We hired Raf from Storm DJs for our annual corporate party (the after party bit). From the outset Josh at Storm DJs was extremely helpful, communicating everything upfront and provided a list of all their DJs along with some recommendations for the type of vibe we were looking for. When we turned up for our after party, Raf was already on the decks and people were up dancing almost immediately. I'd strongly recommend using both Raf and Storm DJs for any event from corporate to a wedding.

The event was great and went really well, Raf and Ash Wood (sax player) were great together. The team and client couldn’t have been more complimentary of Raf and would recommend him for future events.

The party was great, and Raf was even better than we'd expected, considering we gave him a genre he was not particularly familiar with (Latin/Reggeaton), he was really good at managing the list of songs we gave him, and managed to create a great mix for all ages (we had from 19 - 60 year olds).

He was very open to suggestions and approachable, which made it great when some people wanted specific songs.

Really happy to have had Raf at the party, will definitely keep him and your company in mind, great service, no surprises, fun and honest people.

Raf was absolutely amazing! Honestly everyone commented on how good he was. Thank you.

We booked Raf Haley and Luke Sorensen for the Silent Disco at our wedding. Everything was seamless. Josh was our point of contact in the run up and was responsive, polite and helpful. On the night both DJs played great sets and took our requests in to account. The Silent Disco was a huge hit. The price overall was much better than what we had been quoted elsewhere and the service very professional, with no hassle whatsoever and plenty of help. I would use this agency and these DJs again in a heartbeat.Thank you Storm DJs! Rich & Sarah

We had a brilliant time on Friday thanks to Raf's great music.
Many thanks for your equipment etc.  Everything was perfect

Raf was fantastic at the Vineyard. He did a great job and really listened to what Venice wanted and mixed it up for a great night. The feedback from others also was great. By fluke the chap that runs the vineyard knew Raf also, having worked together when they were younger. All in all a great night. Please let Raf that we would definitely recommend him to anyone who asked (and a few did).

Anonymous
by Anonymous
Raf Was Fantastic!

Raf was the DJ for our wedding last week, he did an absolutely fantastic job playing music that catered for everyone and had people dancing all night. I highly recommend him and the team at Storm DJs!

Raf was very good and accommodated our requests for music over dinner. He did what was required and had the dance floor full for the evening.

Raf did a great job, so many people came up to tell me how great he was and the dance floor was packed all night. Thanks for making my 30th birthday brilliant.I know where to come whenever I am in need of a DJ.

Raf went down a treat – he did exactly what we wanted and I’ve not seen that many people on the dance floor before! So hats off to him for keeping the party going!