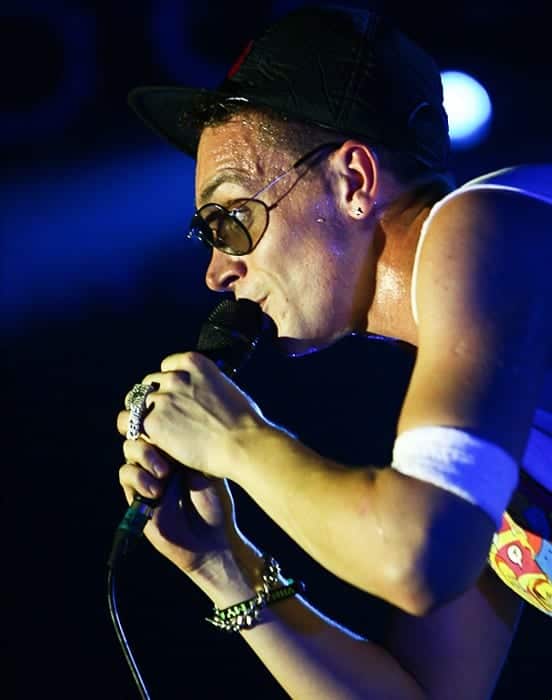 KILLA KELA is one of the most talented and forward-thinking beatboxers in the world, pioneering his own sounds along with many other vocal disciplines. At the vanguard of the beatbox culture for over a decade, and as the first European beatboxer to emerge commercially in the early 2000’s, Kela’s work is both highly respected and universally acknowledged to have inspired the next generation of beat boxers.

Killa Kela has demonstrated his undeniable talents as a multi-vocalist in three full-length albums, and on tour internationally alongside countless legendary artists such as Pharrell, De La Soul and the one and only Prince. He has also collaborated dozens of others, including musical heavyweights Snoop Dogg, Basement Jaxx, Tinie Tempah, Dizzee Rascal and Justin Timberlake. A megastar in his own right, Kela has wowed in his own sell-out tours across the globe and has performed at elite venues including the Pyramid Stage at Glastonbury to an 83,000-strong crowd, The Royal Albert Hall (alongside DJ Fresh) and even the House of Commons (breaking a world record in so doing!).

Arguably the best beatboxer in the world and regarded as one of the pioneering figures in the scene, Kela is a regular feature on the panel of the Human Beatboxing Championships in the UK and has won awards including the Beatbox Battle Champion Hall of Fame award in 2005 in Germany and Stuff Magazine Renegade of Style award in the U.S. in 2007.

Aside from his technical beat boxing, DJing, songwriting & producing, Kela has established himself as a respected presenter, hosting – amongst other things –  The World DMC Championships for 8 years; Hyde Park Winter Wonderland; the World Rallycross Championships 2016; and Monster Energy ‘RIg Riot’ events across Europe.

Now available for corporate and private bookings, Kela will perform his signature beatboxing or put together a commercial set comprised of party mash ups, classic floor fillers and club anthems (with world standard Beatboxing threaded throughout). He is also available for hosting live nights and shows.